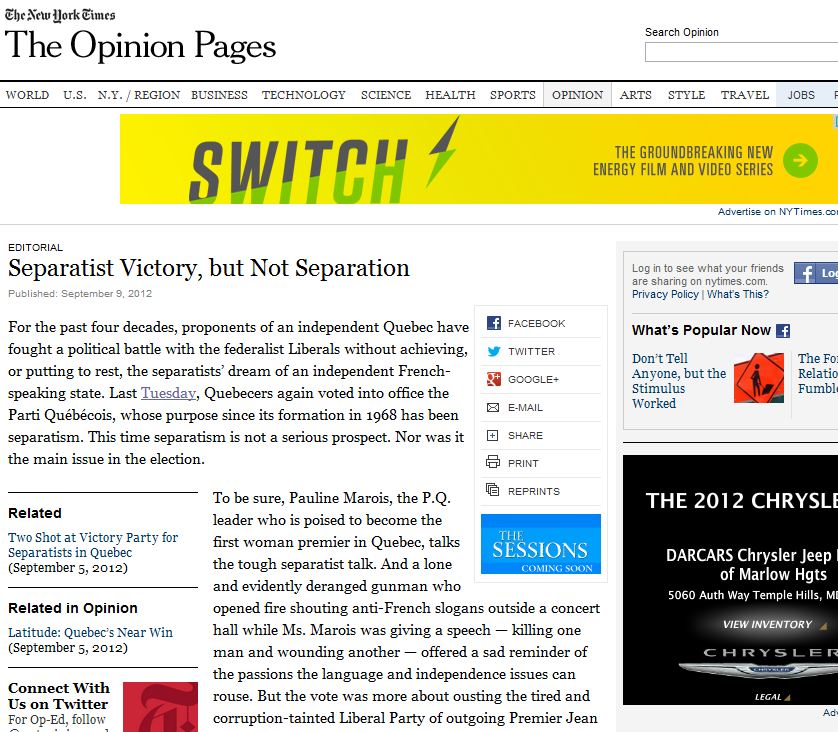 Last week, the New York Times editorialized about the electoral results in the Canadian province of Quebec: Separatist Victory, but Not Separation (Sept. 9th 2012). For the author of that text, Quebequois are «distinct people with a distinct history, and have every right to assert their language and identity in federal forums. But it’s best for all Canadians that the contentious and bitter battles over separation are not on the agenda this time around, and may be off it for good.». END_OF_DOCUMENT_TOKEN_TO_BE_REPLACED 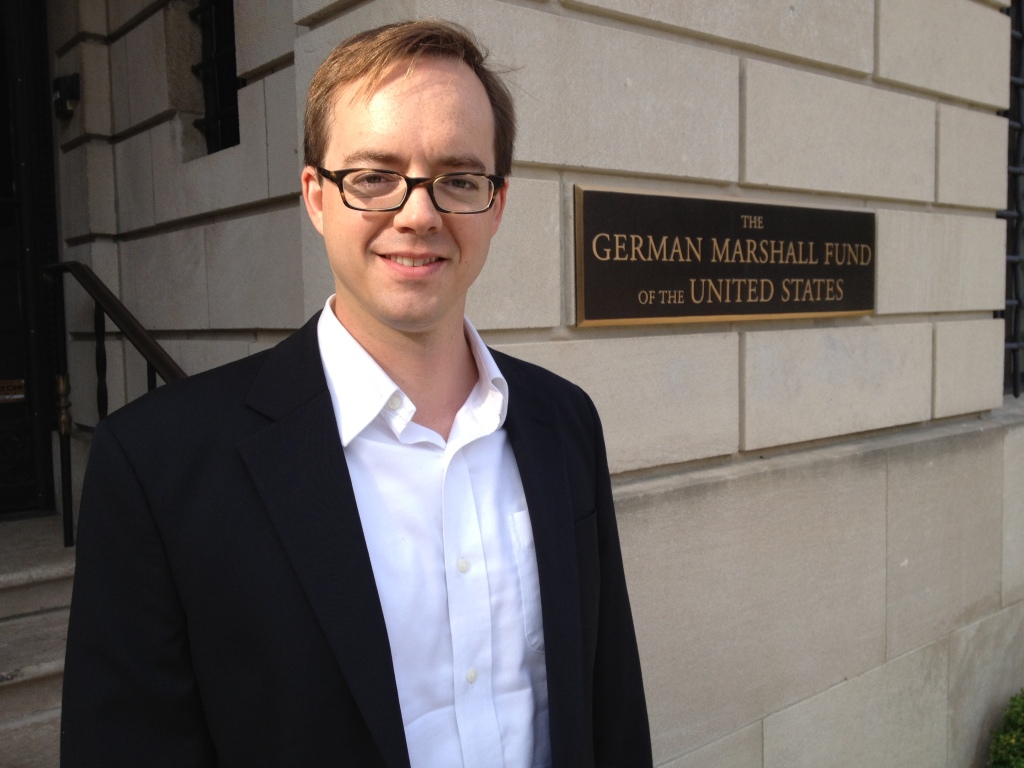 INTERVIEW – Nicholas S. Siegel, Senior Program Officer at the Transatlantic Academy
There are thousands of think-tanks in Washington focusing on many topics. From a European perspective, the German Marshall Fund of the United States (GMFUS), in alliance with the Transatlantic Academy (TA), is one among them to be considered. In mid-July, one of its Senior Program Officers, Nicholas Siegel (St. Louis, Missouri, 1981), wrote an article about the current situation in Spain between Catalonia and the central Government in Madrid. END_OF_DOCUMENT_TOKEN_TO_BE_REPLACED 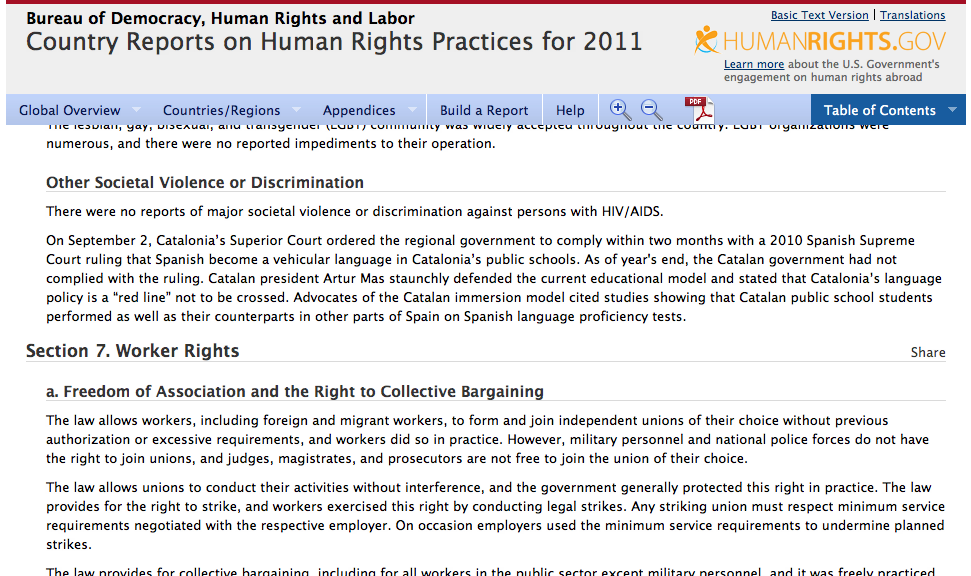 Washington, D.C. – Finally, the State Department of the United States seems to have understood the situation in Catalonia about the coexisting of the two legally official languages, Catalan and Spanish. In the just released Country Reports on Human Rights Practices for 2011 (Spanish chapter), the Department of State shows a more independent point of view than in previous reports, less politicized, and more accurate when it referring to the Catalan language. END_OF_DOCUMENT_TOKEN_TO_BE_REPLACED

Washinton, DC. – It is not the first time in its recent history that Catalonia has voted and approved resolutions about its self-determination right — in 1989, 1996, and in 2010 the Parliament did so. In these three cases, a majority of the Catalan MP voted and approved documents with references to the right of the “Catalan nation” to decide about its future. Since the last one in 2010, the world has seen the birth of new states which have been recognized almost right away by other country-states and even by the U.N., such as Kosovo or South Sudan. In Kosovo’s case, this new European nation got its freedom unilaterally and months later it was legally endorsed by the International Court of Justice (ICJ) in a historical sentence that ruled assuring that the “declaration of independence (…) did not violate general international law, Security Council resolution 1244 (1999) or the Constitutional Framework. Consequently the adoption of that declaration did not violate any applicable rule of international law.” END_OF_DOCUMENT_TOKEN_TO_BE_REPLACED

Washington, D.C.- I discovered that the debate over the Catalan language has crossed the borders of Catalonia and Spain as this past Sunday I found an interesting answer provided by the NYTimes Travel section to a 20-year old college student looking for suggestions of the best city to study in Spain. Carolyn Fanning is trying to decide where to go for her winter semester in 2011, and she has in mind five cities: Barcelona, Valencia, Alicante, Seville and Granada. She asked the newspaper in order to decide where to go. Among the things she is considering, what interested me the most were her worries and concerns “that the Catalan in Barcelona might be a problem”, she said in her question to the newspaper.

Barcelona is a cosmopolitan and international city, full of foreigners who chose the Catalan capital as their place to live, work or just spend some days off. Nobody has forced them to do it and I assume that their choice was based on many reasons: the city itself, but also the Catalan culture, open minded society, as well as its Mediterranean and European flavor, among others.

Even though there are misconceptions about the laws that regulate the use of the Catalan in public areas, or mistaken references made to the Catalan nationalism, the NYTimes gives her an accurate answer so that Carolyn Fanning and other college students can put their worries to rest: “[Barcelona] is a bilingual metropolis with street signs, newspapers and televisions programs in both Catalan and Spanish”.

Moreover, the newspaper recommends Barcelona as her “best bet” over the list she has in mind because it is a city with a “superb climate, easy access to the historic cities of Gerona (sic) and Tarragona and to the Pyrenees, as well as its striking architecture, notable cuisine and a hedonistic night life”; and furthermore, the NYTimes adds: “Of the five cities, it is closest to the rest of Europe, and just a one- or two-hour flight to North Africa”.

Bravo! Bravo because it is true and because the answer avoids the lies that some Spanish politicians and media are repeating every single day without a credible prove. There is only one little problem: Barcelona it is not a bilingual city in the strict sense; people who live in the city and use Catalan as their daily usual language is less than 50 percent—but this little mistake is not going to affect Ms. Fanning’s decision; so Carolyn, you are more than welcome!

PS: Regarding to this, I would like to highlight the fact that more than 10 students are taking Catalan lesson in Washington, DC, under the Global Language Network (GLN), a community of people who share an interest for language and culture. This initiative offers accessible and affordable language classes and their teachers don’t get paid. Ricard is the Catalan teacher.